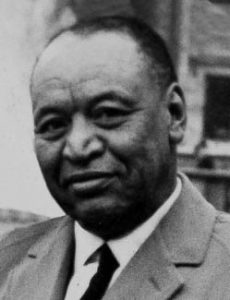 He was elected to the Central Committee of the Communist Party in 1932 and eventually became the Chairman of the SACP. In 1931, he was barred from teaching due to his political activities. In 1942, he was elected to the presidency of the Transvaal Council of non-European trade unions, and in the same year became the President of the African Mine Workers Union (AMU), which grew to a membership of over 50 000 people. On 12 August 1946, over one hundred thousand miners protested from work and were joined by workers from other industries. Soldiers bludgeoned the workers back into the mine shafts after they were protesting for almost a week, hundreds of miners were killed. Marks was amongst the Strike leaders who were arrested and charged with sedition. As one of the leaders of the 1952 Defiance Campaign, Marks was banned under the Suppression of Communism Act. He nevertheless took part in the Defiance Campaign and served a prison sentence for breaking a banning order. After he was banned, Marks continued to be active.

He was a founding member of the South African Congress of Trade Unions (SACTU), and was also listed as a co-conspirator in the famous Rivonia Trial that saw to the persecution and imprisonment of Nelson Mandela, Walter Sisulu, Govan Mbeki, Elias Motsoaledi and many others. Marks left South Africa in 1963 when the ANC’s National Executive Committee (NEC) asked him to leave. He travelled to Tanzania through Bechuanalanda (now Botswana), from where he operated. Marks fell severely ill in 1971 while on active duty as Treasurer-General at the Headquarters of the ANC External Mission in Tanzania. When he had recovered enough to travel, he was sent to Russia for medical treatment. He suffered a fatal heart attack and died on 01 August 1972 in Moscow, Russia. In 1999, the South African Government conferred the Order for Meritorious Service, Class 1: Gold, posthumously, on Marks. Following negotiations with the Russian authorities, the Russian government repatriated JB Marks’ remains to South Africa on 01 March 2015.